Creating a succession plan in family business is not always easy. Think of it this way. With the legislative branch of the U.S. Government, at least some politicians are swapped out every four or six years. But with a family, you are still dealing with the same people. The same communication and behavior patterns from childhood remain.

That’s why bringing in an outside family business consulting company such as ours can be helpful. Here’s an example of how we were able to help move a very successful family create some the necessary components for their 100-year plan.

This involved a 30-year-old Construction Supply Company with annual revenues of over $75 million.

The founders of the business are semi-retired. There were over 5 adult children, between ages 29 to 45 years old. None of them work full-time in the business. However, a son-in-law is the President. Some of the older grandchildren have had summer jobs.

There are 16 grandchildren, ranging in age between newly born to 20 years old. The children have been gifted the majority of the nonvoting stock in the company. The parents retained the voting stock.

There is an educational trust for the benefit of the grandchildren. The business founders are funding this trust with $100,000 per grandchild.

The family had a few Family Meetings about 5 years prior. However, they did not accomplish everything that they wanted. There were problems with facilitation and decision-making issues. (The business founder was trying to facilitate a resolution while also being a key player.)

They view employees as “extended family” and treat them as such. The whole family shares this value. In fact, this is one of the reasons the family wants to keep the business going through the generations.

Our Mission to Create a Succession Plan In Family Business.

The founders gave us four goals. First, they wanted us to help the family establish a system of family governance. This included creating methods and procedures for reaching decisions and dealing with conflicts. The goal was to take the company 70 more years into the future.

Third, the founders wanted us to find a method for dealing with family conflicts. There was an immediate issue of conflict between one daughter and her two sisters.

Finally, they wanted us to help establish a Cousins’ Council (for the grandchildren).

We performed an initial assessment by interviewing each child via Zoom. Later, we met face-to-face with the adult children living locally in the Phoenix, Arizona area. Also, we met with local spouses and grandchildren over the age of 14. We reviewed notes from their earlier meetings.

We held weekly Zoom meetings with the family patriarch. In addition, we attended company events to see how the family interacted with each other and with company employees.

We held monthly meetings with the family, sometimes including spouses. The out-of-towners appeared on Zoom. These meetings averaged 3 hours. Two of the sisters and Michael Zolno prepared agendas prior to each meeting. We initially wrote the summary of each meeting. Then the youngest daughter wrote them with input from all attendees.

We held two weekend-long (Friday evening and Saturday) meetings. Each was similar in format. This was really interesting for everyone involved. We did break-out sessions with the spouses. Plus, we had the Cousins’ Council formation meeting. And we did a combined meetings for everyone (parents, siblings, spouses, and cousins).

Michael Zolno held three sessions with the “feuding” sisters in an effort to resolve their conflict.

We facilitated the Family Retreat that was held out-of-state. It included:

In short, we created a succession plan in family business for them.

Here is what we were able to accomplish:

The Importance Of Creating A Succession Plan In Family Business.

Benjamin Franklin said “By Failing to prepare, you are preparing to fail.” And yes, I know Mike Tyson said “Everyone has a plan until they get punched in the mouth.” But let’s focus, okay? 🙂

As a business owner, you know that you need to have a plan.

Do You Want Your Family To Create A Succession Plan In Family Business?

We are passionate about this. Schedule a Strategy Session so we can talk. We would love to help you develop a succession plan in family business. 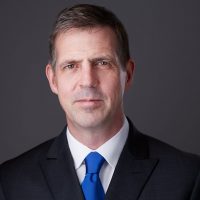 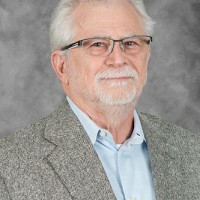